Draft Bill on Legalization of Euthanasia in Bulgaria Enters Parliament 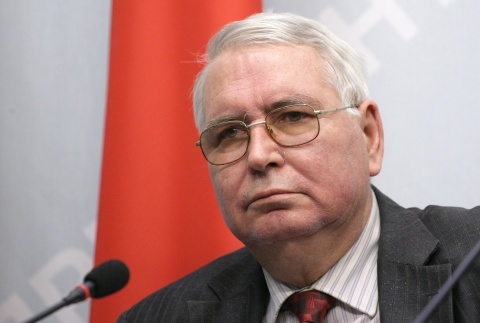 Socialist MP and former Constitutional Judge Lyuben Kornezov has called for the legalization of euthanasia in Bulgaria. Photo by BGNES

Bulgaria should allow euthanasia at the request of the patient or their relatives, according to a draft bill submitted to Parliament by socialist MP Lyuben Kornezov.

In order to guard against abuse, the document stipulates that a five-member committee summoned by the Health Minister and Justice Minister review the euthanasia plea, with the decision appealable to the Supreme Court of Cassation.

"The terminally ill will be able to cancel their decision to undergo euthanasia regardless of the conclusions of the committee and the Supreme Court of Cassation", Kornezov has explained.

If the plea is approved, the organs of the euthanized patient can be donated for transplantation, the proposal of the left-wing MP and former Constitutional Judge reads.

According to Kornezov, the voluntary termination of life of incurably-ill patients should be equated to death by natural causes to avoid problems with insurance policies.