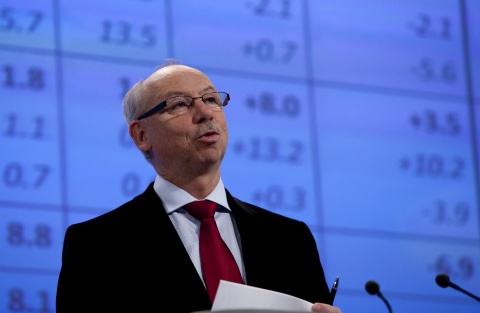 The Bulgarian government must take strict measures to improve the reliability of budgeting, reads an European Commission statement published Tuesday.

The recommendations is directed at the EU Council and refers to the evaluation of Bulgaria's Convergence Program for 2011-14.

The analysis further recommends linking the growth in public spending to the forecasted mid-term growth of the economy and prioritizing spending intended to boost growth.

It moreover recommends developing a comprehensive strategy for combating poverty and boosting social inclusion, including employment.

Other points include reforms in the education system, guaranteeing absence of corruption from public procurement, and ensuring a maximum level of competition in the energy market.

The recommendations are expected to be discussed and adopted by the Council by the end of June.

The Bulgarian Parliament is currently discussing a so-called Financial Stability Pact developed by FinMin Simeon Djankov, which involves constitutional amendments to make harder changing the tax system in the country, setting a limit to redistribution at 40% and of budget deficit at 2%.