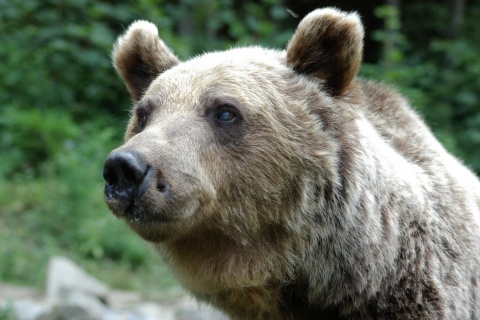 The District Court in Smolyan has sentenced the Bulgarian Environment Ministry to pay BGN 130 000 as a compensation to the relatives of a man murdered by a killer bear in May 2010.

65-year-old Nikola Shikov from the village of Kutela, Smolyan District, in the Rhodope Mountains was killed by a brown bear while gathering firewood on May 17 last year.

The Court's motives were that the number of brown bears in the mountain region is very high, while the authorities have failed to exercise proper control of their population. The ruling can be appealed.

The Smolyan District Court is still working on the second case of a killer bear attack on a human that shocked Bulgaria in 2010. 64-year-old Galina Dimitrova barely survived after she was attacked by a brown bear on July 14, 2010, near a village 30 km away from the first attack. She is claiming a compensation of BGN 50 000 from the state.

In January 2011, the governmental National Brown Bear Commission decided that 17 out of a total of 550 brown bears in Bulgaria will be hunted down throughout the year; the precise number of brown bears in the country, however, remains disputed.