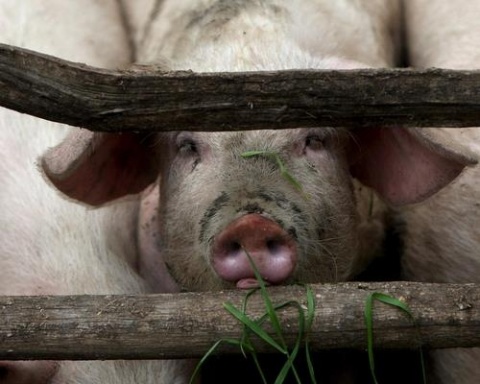 Pork farmers have likened a proposed relaxing of import health standards so raw pork can be brought in from overseas to playing Russian roulette.

They have gained the backing of the large farmer lobby group Federated Farmers which says the Agricultural and Fisheries Ministry's proposal would leave New Zealand open to an outbreak of animal disease.

The EU has pastoral farmers most concerned as Bulgaria has been struggling to contain an outbreak of foot-and-mouth disease passed on by wild pigs from a neighbouring country.

For pig farmers the arrival of Porcine Reproductive and Respiratory Syndrome (PRRS) would be devastating with death rates possibly as high as 60 per cent of the swine herd initially.

Federated Farmers biosecurity spokesman John Hartnell said PRRS virus was a major biosecurity concern for pig farmers and other farmers would be uneasy about the potential for other exotic diseases entering, particularly from the EU.

He said MAF had to be extremely confident it had the ability to manage the risk of contaminated raw meat arriving in New Zealand.

"Right at the moment there is a foot-and-mouth outbreak coming from wild pigs crossing the border into Bulgaria from a neighbouring country. I know Bulgaria is looking at fencing the boundary to stop this happening ..."

He said farmers knew how difficult the disease was to control, with South Korea dealing with an outbreak since Christmas.

Pork from countries with PRRS must undergo treatment to deactivate the disease. Under the new proposals this requirement would be eliminated.

New Zealand Pork CEO Sam McIvor said pork producers were extremely concerned about the PRRS risk from the proposed relaxing of biosecurity standards. "It just doesn't make sense to introduce pig welfare standards on the one hand while putting them at risk of this imported, highly distressing disease on the other."

MAF says there is only a 1-in-1227 year risk of an outbreak of PRRS from imported raw pork.

Mr Hartnell said these odds failed to account for other serious diseases carried in raw meat.