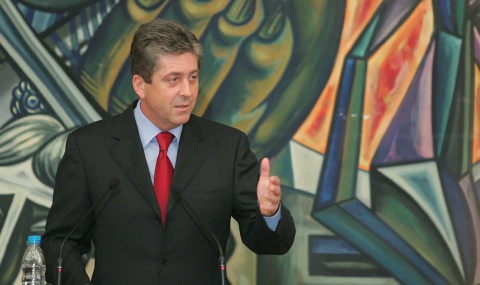 President, Georgi Parvanov, declared Monday that the economic and social security of the country is the most serious issue faced by Bulgaria at present time.

In an interview for the private TV channel bTV, the President said he was ready to convene the Consultative National Security Council over the above stated issue.

Parvanov voiced strong criticism towards the cabinet for the decision to join the Euro Plus Pact, pointing out it was made in a moral conflict with the Constitution because Bulgaria will only end up paying without getting any help, similarly to the other less economically and socially developed EU Member States.

The President reiterated his long-running idea of calling a referendum on the project to build a second Nuclear Power Plant in the Danube town of Belene, to be held simultaneously with the local and presidential elections in the fall, so that more people would get motivated to vote in all three. He said that according to several polls, 80% of Bulgarians approve of the project. Parvanov stated he favors common European safety rules, but the NPP must be built because "our neighbors are building theirs."

The Head of State reminded consultations with all parliamentary represented political forces – both in the Bulgarian General Assembly and the European Parliament for picking an election date are starting on April 12, and explained all Sundays between October 20 and November 20 are an option.

Parvanov reiterated he wants to stay neutral and not be forced to voice approval or disapproval for any presidential candidate, advising parties to seek their own strong nominations instead of forming coalitions. He stated that he knew at least five people that would make a better President than himself, even though he had been a very good one. The names mentioned included former Foreign Minister, and current Member of the European Parliament, Ivaylo Kalfin, the Mayor of the southern city of Blagoevgrad, Kostadin Paskalev, ex Deputy Prime Minister for the EU Funds, Meglena Plugchieva, all from the opposition Bulgarian Socialist Party (BSP) of which Parvanov is a former leader.

The possible candidature of Bulgaria's first EU Commissioner from the party of former Tsar and Prime Minister, Simeon Saxe-Coburg, National Movement for Stability and Prosperity (NMSP), Meglena Kuneva, was defined by the President as solid. He said he could even offer names from the ruling, center-right Citizens for European Development of Bulgaria (GERB) party, but would abstain from doing so in order to not "harm them."

On foreign policy, Parvanov announced he learned from the media about the cabinet's decision to send the "Drazki" frigate to take part in the NATO military operation in Libya. The Commander in Chief noted he was not against the decision, but this has not been the first case when he had been undermined.

The President further criticized Prime Minister, Boyko Borisov, for contradicting assessments of the military mission in Libya, leading to confusing messages to the country's NATO and EU partners.

"Gaddafi must go, but I, personally, cannot make a clear choice between the Libyan leader and the rebels. He must be ousted and tried in court – this should be the operation's goal because if he stays we cannot talk about peace and democracy in this country. But removing him would not automatically guarantee peace," the President said, adding he believes a land operation might become necessary to force ceasefire to both sides of the Libyan conflict.

"Threats for national security are being undermined. I am against having an army for export only; our servicemen must, first and foremost, guard our boundaries," the Commander in Chief pointed out.