Bulgaria Currency Board Architect Slams Euro as 'Creature of Politics' 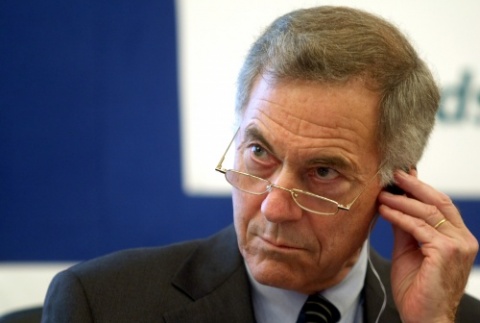 Steve Hanke, the architect of Bulgaria's currency regime and one of the opponents of its eurozone aspirations, has slammed the single currency as 'a creature of politics, not economics and finance'.

"The euro remains a creature of politics, not economics and finance. The hallmarks of this project have been more politicization, more centralization and more "harmonization", Steve Hanke wrote in an article, which was published as part of a Wall Street Journal symposium on the future of the euro.

According to Hanke, who is a professor of applied economics at the Johns Hopkins University in Baltimore, the future of the single currency will depend on Europe's avatars, but there are good reasons for the skeptics to remain skeptical.

Hanke has repeatedly argued that Bulgaria shouldn't rush to adopt Europe's common currency given the euro- region's turmoil and the limited benefits of the switch.

The narrow technical benefits the country will receive will be very small, if any at all, and those can all be accommodated by just making the currency board even more orthodox and tighter than it is, Hanke claims.

Instead of a rush on the euro adoption, the renowned economist has recommended that the country focuses its efforts on improving competitiveness.

Public support for Bulgaria's eurozone membership has been seriously dented following the troubling developments in the monetary union, brand new surveys has shown.

While several months before the end of last year the Bulgarian society was cut in two over calls for immediate introduction of the European single currency, a recent survey by the Open Society Institute has found out that those who oppose euro adoption now are majority.

He conceded however that euro adoption is no longer on top of his agenda and all efforts will be focused on maintaining the country's financial stability.

Bulgaria's center-right government revived at the end of last year its plans to apply to join the bloc's exchange-rate mechanism, the so-called eurozone waiting room, after it was forced to drop the euro bid in April over a larger than expected 2009 deficit.

The government hopes to apply to join ERM II in the second half of 2011 after it has demonstrated that next year's budget deficit will fall below the European Union's ceiling of 3% of gross domestic product in line with the Maastricht criteria.

Joining the exchange-rate mechanism was assigned top priority for 2010 by the new Bulgarian center-right government, which was the reason why it stuck to tight financial policy at the end of 2009 and delayed payments to businesses in a bid to keep low the budget deficit.

Countries must be members of ERM II for two years before they can formally join the eurozone.