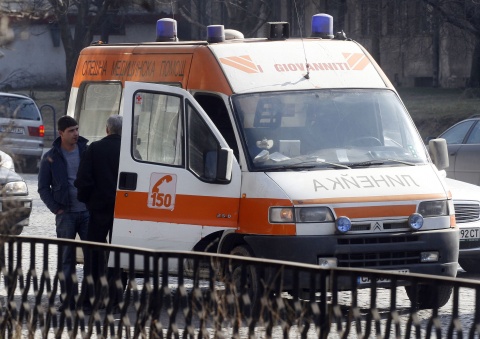 A Bulgarian emergency room doctor is fired for being reckless after issuing the wrong diagnose for a critical patient. File photo

A Bulgarian doctor from the Sofia emergency room is going to be fired one day after he confused symptoms of stroke and flu.

The Head of the Emergency Care Unit at the Bulgarian Health Ministry, Dr. Georgi Gelev, has conducted a probe in the case, after being alarmed by Darik radio.

Dr. Georgi Hadzhinedelchev will be terminated on the grounds of being reckless when fulfilling his duties.

Krasimir Petrov, 50, called his girlfriend Monday morning telling her he did not feel well. The woman called an ambulance and left work to go to the emergency room.

Hadzhinedelchev diagnosed Petrov with flu and recommended he sees his personal physician.

The patient's condition, however, continued to deteriorate and three-hours later, the girlfriend called another ambulance. The second doctor diagnosed Petrov as having suffered a stroke.

The man has been listed in the "St. Anna" hospital in critical condition with a 5% chance of survival, according to doctors there.