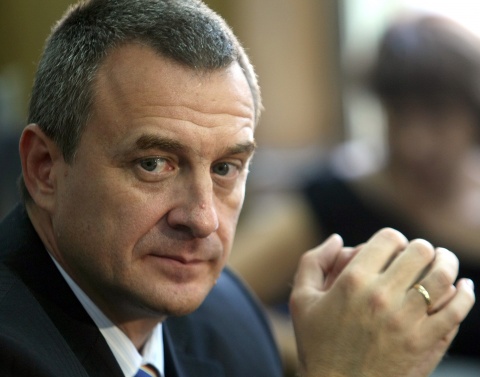 The Bulgarian cabinet issued Wednesday an official proposal to President, Georgi Parvanov, to release from his duties the Director of the State Agency for National Security, DANS, Tsvetlin Yovchev.

The agency will have as temporary head the Deputy Director, Konstantin Kazakov.

The information was reported by the cabinet's press center.

Yovchev resigned last week in the aftermath of the wiretapping scandal that has been shaking Bulgaria since the beginning of the year. The resignation was addressed personally to Prime Minister, Boyko Borisov, on the grounds of stated lack of trust in the DANS Director.

Borisov accepted the resignation, but said he regrets having to do it over Yovchev's strong professionalism.

"This irresponsible leak of classified information should not have been allowed. This resignation is an unpleasant fact, but Mr. Yovchev has personal fault for such serious mistakes," Borisov said.

The opposition from left and right commented Yovchev has no guilt whatsoever and has been used as scape goat to save the real culprit, Interior Minister, Tsvetan Tsvetanov.

Several days later, Tsvetanov announced a polygraph test had shown a DANS employee has, most likely, leaked the tapes.

Media reports label the Chief Secretary of the Interior Ministry, Kalin Georgiev, as Yovchev's most likely successor. On Tuesday, Tsvetanov said he did not want to part with Georgiev, but added the decision belongs to Borisov and Borisov only.