Rock Legend Sting to Perform in Bulgaria in June 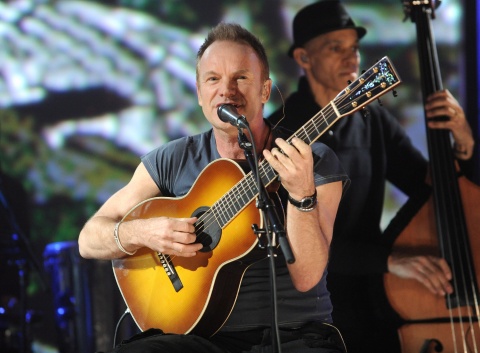 English rock legend Sting will perform in Bulgaria for the third time this summer. Photo by EPA/BGNES

Rock legend Sting will perform in the Bulgarian capital on June 7 as part of the music festival Arena Muzika, the organizers Sofia Music Enterprises have announced.

The concert, which will be staged at Sofia's Georgi Asparuhov Stadium, will be one of the biggest events on the Bulgarian music scene this summer. Tickets will cost BGN 80, 100, 150 and 200.

The gig will be part of the 10th edition of the festival Arena Muzika, organized by Sofia Music Enterprises, which will also feature Swedish pop duo Roxette.

Sting will arrive to Bulgaria with a symphony orchestra and band. His concert will be part of his Symphonicity World Tour, which features the musician's greatest hits with symphonic arrangement.

Selections, created especially for this tour, will include fan-favorites such as "Every Breath You Take", "Englishman in New York", "Fragile", "If I Ever Lose My Faith in You", "Fields of Gold", and "Desert Rose".

After the sold-out performances in North America , Europe and Australia, additional dates have been included in the tour throughout Europe, such as Bulgaria, Romania, Serbia, Slovenia and Hungary.

This would be the third performance of the 59-year-old singer in Bulgaria after his concerts in 1996 in Sofia and in 2006 in the Black Sea city of Nesebar.

Prior to starting his solo career, Sting was the principal songwriter, lead singer and bassist of the English rock band The Police. As their member, and as a solo musician, he had received 16 Grammy Awards for his work.