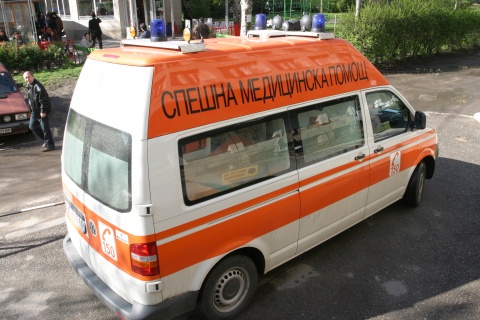 The parents of a toddler who passed away at a Sofia hospital are blaming Emergency Services for delaying by half hour the ambulance the doctor requested. File photo

A 2-year old girl passed away Friday at the 7th hospital in the Bulgarian capital Sofia while waiting on an ambulance.

The news was reported Saturday by the Bulgarian National Television, BNT.

Anastasiya has been brought to the hospital by her parent for an exam. The girl died inside the doctor's office. The initial diagnosis is acute respiratory insufficiency.

The parents are blaming Emergency Services for delaying by half hour the ambulance the doctor requested.

The Head of the Emergency Services, Dr. Georgi Gelev, denies there has been a delay. The call about a dying child has been placed on the emergency 112 hotline at 4:35 pm; the ambulance left at 4:37 pm and arrived at the hospital at 4:42 pm only to find out the toddler had already passed away, Gelev insists.

An investigation in the case and autopsy results are pending.