UK Rock Legend Joe Cocker to Delight Sofia in May 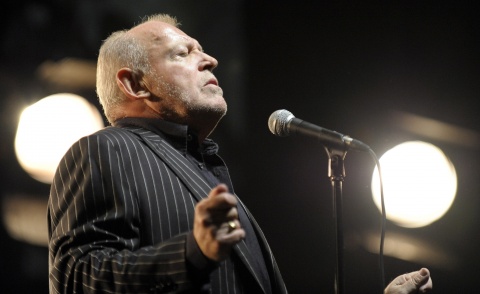 British singer Joe Cocker performs a concert at the Wiener Stadthalle in Vienna, Austria, in November 2010. Photo by EPA/BGNES

The concert will take place in the capital Sofia "Festivalna" Hall.

Grammy winner Cocker, whose career spans over six decades, is to perform his all-time hit singles such as You're So Beautiful, Unchain My Heart and You Can Leave Your Hat On along with songs from his latest album Hard Knocks (2010).

Cocker's tour is dedicated to the new album which climbed to the top of the German charts as soon as it was released.

Tickets range between BGN 80 and 100 and will be on sale beginning February 14 through Eventim.

The news is yet to be confirmed by the singer's official site.

Culture » Be a reporter: Write and send your article
Tags: Grammy, Joe Cocker, You're So Beautiful, Unchain My Heart, You Can Leave Your Hat On, Hard Knocks
Advertisement
Advertisement
Expats.bg All Are Welcome! Join Now!
Related Articles:
More from Culture