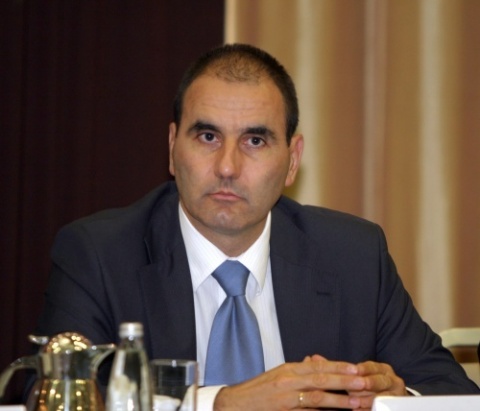 According to Bulgaria's Interior Minister Tsvetan Tsvetanov, the Prosecutor's Office has made many requests for using special surveillance devices. Photo by BGNES

Bulgaria's Interior Minister Tsvetan Tsvetanov has accused the Prosecutor's Office in increasing significantly the number of requests for eavesdropping.

"There is a significant increase of requests by the Prosecutor's Office for using special surveillance devices," Tsvetanov said Monday as a comment on the data that eavesdropping in Bulgaria has increased three times in the last three years.

The data was announced earlier Monday at a meeting between Bulgarian courts and the Prosecutor's Office. It was revealed that almost 16,000 permissions for using special surveillance devices were issued in 2010.

According to Tsvetanov, the requests for eavesdropping by the Prosecutor's Office increased significantly after legislative amendments in 2008 allowed prosecutors to ask for permission to use special surveillance devices.

"We have to look for options to limit the use of special surveillance devices, if possible. But this should not be hampering the effective fight against crime. Whenever it is necessary, we have to use more serious arguments for using eavesdropping. But we have to be careful not to go from one extreme to the other," Tsvetanov said.

The topic for the use of special surveillance devices stirred Bulgaria after the scandal with leaked discrediting conversations of senior government officials began in January.

According to the interior minister, too much time was spent on this topic, instead of focusing on actual policies that could be implemented.

In his words, the important thing was to find out where the information from the special surveillance devices leaked from.

Tsvetanov, however, did not specify who would take responsibility for the scandal.

"At the moment, I cannot tell you where and how this information leaked. The people who had access to this information, the respective employees, will take the responsibility, if it is proven," he said.

On Friday, Tsvetanov said he saw no reason for submitting his resignation over the scandal with the leaked conversations because of the report by the parliamentary subcommittee for control over the use of special surveillance devices, which concluded that the direct managers in the security sector should take the responsibility.

The so-called "Tanovgate" recordings have formally been leaked by two sources – the Galeria weekly and the marginal conservative party RZS ("Order, Law, Justice), both of which are deemed to be connected with Alexei Petrov, a former undercover agent arrested in a special police operation in February 2010, dubbed "the Octopus" and "the Tractor".