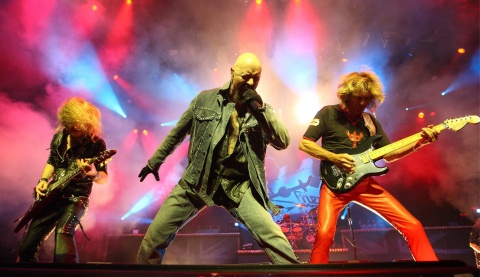 English heavy metal band Judas Priest will stage a concert in Bulgaria on July 8, according to information on their official website.

According to the website, Bulgaria, Romania and Turkey have been added to the band's last EPITAPH World Tour, which starts June 7 in the Netehrlads.

The concert in Sofia will be on July 8 at Akademik Stadium.

However, there has been no confirmation by any local concert organizer about the two gigs that will probably be part of a festival.

The first performance of Judas Priest in Bulgaria was in 2004 and it was part fo their global live concert tour.