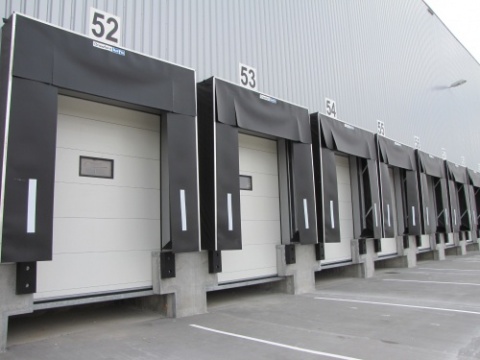 German supermarket chain Lidl opened recently its logistics centre with TBA of 36,000 sq.m. in the village of Ravno Pole. The project also has office and retail area amounting to 6,000 sq.m. and 4,000 sq.m. respectively. Photo by www.wavesystems-bg.com

The occupation of industrial zones in the Bulgarian capital increased by 40% in 2010, according to an analysis by the consultant company Forton International.

The data from the analysis shows that the modern industrial zones in the region of Sofia increased by 27%, in comparison to the end of 2009, and are currently more than 538,000 square meters.

The beginning of 2010 set the start of a smooth decrease in the level of occupancy of industrial zones in Sofia. In the third quarter of the year, the percentage of vacant areas reached 9.24%.

However, the tendency turned around in the fall when the occupancy started to increase. The vacant areas dropped at 4.12%, which equals about 22,000 square meters.

The increase is explained by the Forton experts as a result from the slightly improved economic situation and the higher consumption at the end of the year.

The signed contracts for rent of industrial areas in the new logistics centers in Sofia for the fourth quarter of 2010 exceeded 13,000 square meters, which confirms the signals for increased activity in the sector, the analysis says.

Among the new tenants are companies in the food industry, the cosmetic and pharmaceutical sectors and logistics operators.

The experts point out that at the end of 2010, the modern industrial zones in the region of Sofia reached 538,551 square meters, which is an increase of 27%, compared to the same period in 2009.

At present, the basic offers for rent are for EUR 4 per square meter and the typical lease agreements are concluded for a period of 3 to 5 years.

"In the fourth quarter of 2009, the offers for rent were for an average of EUR 5 per square meter. So now we see the drop by 20% for a year," said Sergey Koynov, a managing partner at Forton International.

"We expect that in 2011 logistics projects for personal needs or those ,which provide flexible solutions and opportunities for custom building, will occupy a major portion of the supply of first-class industrial areas," Koynov said.

He pointed out that the realization f such projects would be extremely profitable because of the low cost of land and the lower construction costs at the moment.