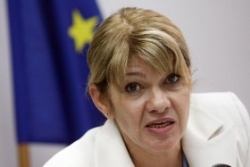 Bulgaria is ranked last in Europe on the waste management criteria, the Bulgarian Minister of Environment Nora Karadzhova has announced.

On Thursday, she cited data from the "European Environment - Trends and Prospects 2010" report, according to which Bulgaria deals worst with its waste management in comparison with 32 countries - EU member states and countries from the Western Balkans.

In Bulgaria, 90% of the waste is being deposited without being recycled. In comparison, Switzerland has reached the impressive 0%.

On the other hand, Bulgaria has been ranked among the best in the implementation of biological diversity policies and inclusion of new Natura 2000 territories.