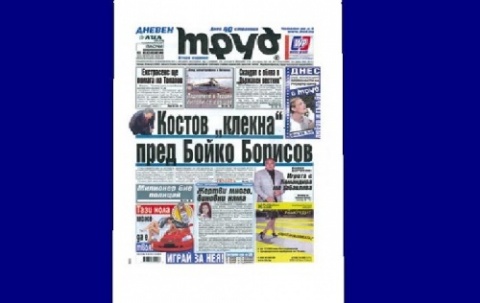 Bulgarian daily Trud, until now owned by WAZ, is the second most-circulated newspaper in the country. File photo

Vienna-based "BG Privateinvest GmbH" and Germany's third largest newspaper and magazine publisher WAZ media group have signed the agreement to transfer WAZ ownership of the above newspapers, its magazines, the printing facility "Sofia" and the distribution company "Strela" (Arrow) to the Austrian company.

Owners of "BG Privateinvest" are Austrian, Kalr von Habsburg (34% of the shares), German liivng in London, Daniel Rutz, and Bulgarian, Hristo Grozev with 33% of the shares each. The three own electronic and print media in the Netherlands. Their Bulgarian partners are Ognyan Donev and Lyubomir Pavlov.

This is not the first media owned by von Habsburh in Bulgaria. In June, 2009, his media company Stevia Communications acquired a 50% stake in the Bulgarian news TV channel "Evropa" (Europe).