RAI on Michelle Bonev: Bulgaria Made Us Do It! 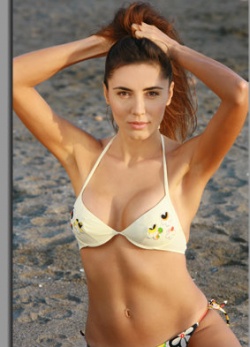 The director of RAI Mauro Masi has claimed that the Italian state TV funded the controversial movie of Bulgarian-Italian Michelle Bonev due to pressure from the Bulgarian government.

"I am not responsible, I simply gave a signal to RAI Cinema that there is a recommendation from the Bulgarian authorities," said Masi Thursday in an interview for ANSA.

As the Bonev scandal unfolded, it became clear that not only Bonev's film "Goodbye Mamma," which has been shown neither in Italy, nor in Bulgaria, was awarded a prize "fabricated" especially for it, but was funded by Italian RAI (EUR 1 M) and the Bulgarian Ministry of Culture (EUR 300,000).

In addition, a 40-strong Bulgarian delegation travelled to Venice for the award, again at the expense of the Italian government.

Bulgarian Minister of Culture Vezhdi Rashidov has admitted that his ministry gave the EUR 300,000 to Bonev, but this far has not confirmed that Bulgaria has solicited the Italian funding for the movie.

Italian media and opposition have attacked not only RAI President Masi, but also Minister of Culture Sandro Bondi and in particular PM Silvio Berlusconi, who has sent a special greeting to Bonev for the award and is alleged to be her "friend."