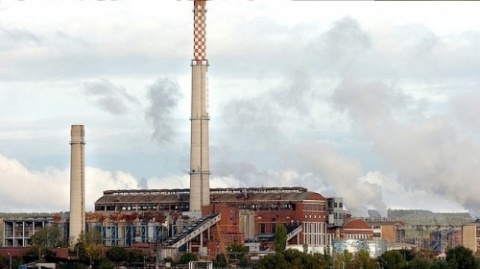 Wednesday's measures is in accordance with a government plant to shut the plant because of its lack of sulfur purification facilities as required by EU law.

After the several hundred workers of the plant located near the town of Galabovo in the Maritsa East thermal power complex staged protest rallies in October, once the fate of the facility became clear, the government made an agreement with the trade unions to allow a part of the Brikel TPP to function for six more months in order to provide heating for the local communities during the winter and to preserve the respective number of jobs for a while longer.

Thus, two of the six units of Brikel will be allowed to function until April 30, 2011.

The government closure of Brikel is an administrative measure undertaken in accordance with the complex permit that the plant got in 2006, in which its management committed to fulfilling Directive 2001/80 of the EC. It allows the plant to function for 20 000 hours without sulfur filters.

The inspection of the state has shown that the Brikel management failed to invest in the respective environment-friendly facilities, and that by June 2010, it had functioned without any for 21 000 hours.

After talks between Kovachki, the ministries of environment and economy, and trade unions, the Cabinet has agreed to extend the operation of the plant by 6 months in order to provide central heating for the town of Galabovo over the winter.

Kovachki had agreed to assume all fines that might be imposed on Bulgaria by the European Commission if the Brikel plant continues to work without the necessary environmental facilities.

As a result of the talks, the government agreed to called up a meeting of the 137 companies in the country with carbon dioxide quotas, in order to work out a compromise for allocating additional quotas to Brikel. The representatives of the companies, most of them private, however, refused to back a compromise plan saying that Kovachki's firm should have done the required investments when it was urged to do so.