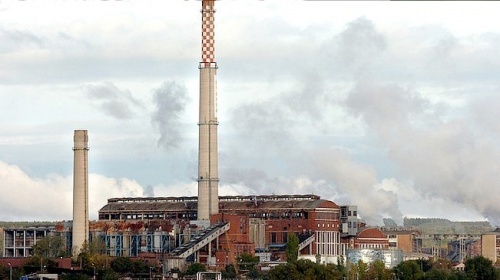 Bulgarian energy tycoon Hristo Kovachki has provided finances for the creation of sulfur filter in the Brikel thermal power plant, the Bulgarian daily Standard has reported.

Brikel was supposed to be shut down because of its lack of sulfur filters and other environment investments in the plant that it’s leadership was first notified ti had to make as early as 2004.

The sulfur filter was one of the requirements by the Bulgarian Environment Ministry for the Brikel plant to keep working.

The ministry has received a letter from a bank, which confirms that it had received BGN 58,8 M for treatment facilities in Brikel to discharge harmful emissions.

The plant has already been working the hours, allowed by the EU, and could continue its activities only if it purchases additional carbon dioxide quotas.

Kovachki had to build sulfur filters on three of the plant’s boilers but this has not been done yet.

After talks between Kovachki, the ministries of environment and economy, andtrade unions, the Cabinet has agreed to extend the operation of the plant by 6 months in order to provide central heating for the town of Galabovo over the winter.

Kovachki has agreed to assume all fines that might be imposed on Bulgaria by the European Commission if the Brikel plant continues work without the necessary environmental facilities.

As a result of the talks, the government agreed to called up a meeting of the 137 companies in the country with carbon dioxide quotas, in order to work out a compromise for allocating additional quotas to Brikel.