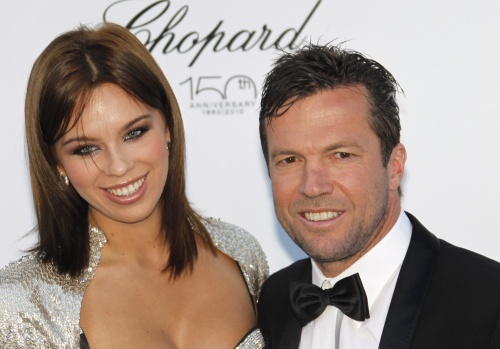 Until recently, the German media has connected the new coach of the Bulgarian national football team, Lother Matthaeus, only to the rumors surrounding his marriage to the 26-years younger Kristina Liliana. Photo by EPA/BGNES

The German media have mocked the appointment of the German football player and manager Lothar Matthaeus as the new coach of the Bulgarian national team.

Mattaheus was appointed after the resignation of Stanimir Stoilov who led the team for about two years.

The German newspaper Zuddeutsche Zeitung and the news agency Deutsche Presse Agentur (DPA) have reported that in his coaching career, Matthaeus had shown only "mediocrity and qualities of a vagabond."

The analysis of the opinions in the press, made by Deutsche Welle, has shown that German journalists are mocking the choice of the Bulgarian Football Union with the main reason being Matthaeus' lack of success.

The German national daily Die Welt is one of the few media that have approached the topic seriously. Until recently, most of the publications in his native country connected the new coach of the Bulgarian national football team only to the rumors about his marriage with Liliana, who is 26 years younger than him.

"No doubt that the clever Lothar had first checked the exact position of Bulgaria in the FIFA World's ranking and oh, look – he found that it was 54th, which is significantly further than the ranking of American Samoa, which is 203rd," a sarcastic article said.

"He is not known as a good coach in Germany, but in Bulgaria the respect of him would be guaranteed," the Zuddeutsche Zeitung said.

Another German newspaper, Badische Zeitung, has also sarcastically reported the news about Matthaeus. The article says that he came to Bulgaria after he searched on the Internet "Bulgaria – opportunities for marriage". From the first website he opened, he knew that he could find there his true love, the article says, adding that supporters of the football clubs "Eintracht" and "Nurnberg" have started protests when they found out that Matthaeus was negotiating with Bulgaria.

Rheinische Post has also written that the new coach of the Bulgarian national team was a person who rarely fulfills his obligations.

"He was fired in Vienna, then resigned on his own will from Partizan FC. He gave up on Atletico Paranaense in Brazil due to family issues... Bulgaria is his new opportunity to prove qualities, which he believes are important, but not when he has to follow them," said Rheinische Post.

The German newspaper Bild Zeitung has published a poll on its website, asking whether Matthaeus will have success in Bulgaria. Most of the answers have been negative and ranged from "No, not in any case" to "They could probably not find another fool".

The German media also reminded about some of Matthaeus' most popular statements.

"The important thing to do is in the next 90 minutes, with full concentration, to think only about the next game," Matthaeus have said.

"I am sure that in a few months I will learn English so well that every second German could understand me," says another popular statement by Matthaeus.