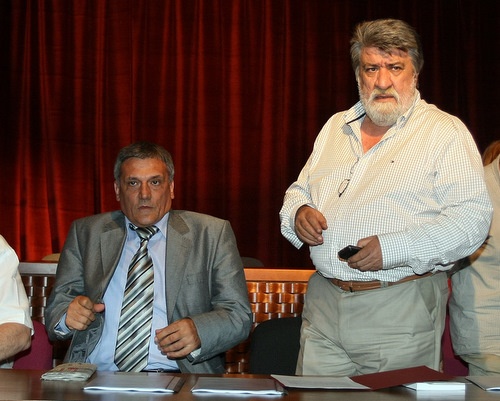 Even though the authorities have revealed the name of the architect picked to construct the "Bulgarian Louvre" Museum in Sofia, no information whatsoever about the winning project has been made available.

Yanko Apostolov, a Bulgarian architect, living in New York, has been selected as winner in the public tender for the new museum complex in the capital Sofia, known as the Bulgarian Louvre, the Bulgarian Culture Ministry announced on Friday.

Apostolov, however, did not show up to present his project, and neither the Ministry, nor Chief Sofia Architect Petar Dikov revealed any details about what the future museum is supposed to look like.

"My personal dream is to see Sofia with an emblematic building such as the opera in Sydney and the museum in Bilbao but no investor or institution is willing to invest that kind of money for the time being," Dikov said on Friday, probably excluding the possibility that the future Bulgarian Louvre might become such a city landmark.

The Chief Architect of Sofia chaired the 17-member commission that selected the winning project.

In his words, all 31 bids were very professional but the jury picked Apostolov's project unanimously.

The two major criteria that the jury considered when evaluating them focused, in Dikov's words, on "the high level of the project which will be constructed in the downtown of the capital of a EU member state", and its cost as the Bulgarian state is willing to allocated BGN 25-30 M at most for its construction.

The architect made it clear that he did not like "Bulgarian Louvre" as the name used to refer to the "National Museum Complex", as it is formally known, but admitted that thanks to this journalistic invention, the project has become more widely known.

He explained that the Bulgarian authorities are now starting to inspect the legal condition of the winner, and will then proceed to negotiations with him about the final priced. Should these talks fail, the commission in charge will not hesitate to walk out, and go to the second best project.

Dikov said the future museum will be no shopping mall or spa center and therefore did not need a parking lot because "the people who go to museums rarely do so by car." He did say that the municipalities plans to building several parking lots nearby it is not clear when that will happen.

The architect also promised that Bulgaria's new national sports arena, which is located in Sofia, will be completed within 1 year.