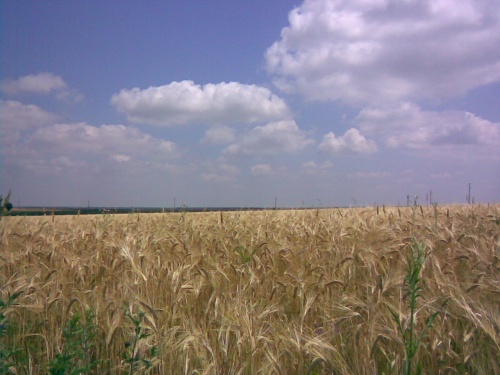 Bulgaria might start suppling Israel with grain. Photo by wikipedia.org

Bulgaria may soon start exporting large quantities of grain for Israel, according to the Bulgarian Association of Agricultural Producers (BAAP).

The news comes in the wake of a visit to Israel by the BAAP Chair Hristo Tsvetanov and Secretary Ivaylo Todorov, who accompanied a delegation led by Bulgarian Agriculture Minister Miroslav Naydenov.

The BAAP leadership with representatives of Israeli agricultural producers’ organizations, and the possibility for exporting Bulgarian grain to the Middle Eastern country was among the major business cooperation opportunities that were discussed.

The BAAP points out that Israel produces only about 10% of its grain, and imports the rest from countries such as the USA, Russia, and Ukraine; at the same time Bulgaria exports about 1 million tons of grain annually, mostly to other EU states. As a result, there is “an enormous interest” on part of Israeli businesses and business organizations.

During its visit to Tel Aviv, the delegation of the Bulgarian Agriculture Ministry has studied Israel’s experience with milk production, irrigation, and greenhouse crops, as well as the emphasis that Israeli farmers place on organic products. The BAAP has pointed out that thanks to the innovative techniques in its agriculture, Israel meets 100% of its own demand for fruits and vegetables.

The association also announced that Hishtil, one of the largest nurseries cooperation in Israel, is interested in investing in vegetable production in Bulgaria.

Bulgarian Agriculture Minister Naydenov has vowed to provide state-owned land to Israeli investors if they bring know-how and expertise to Bulgaria. The BAAP head Tsvetanov has committed to providing up-to-date information about the business conditions in Bulgaria to potential Israeli investors.

After coming back from Israel, Naydenov announced Isreali companies were interested in purchasing agricultural land in Bulgaria.