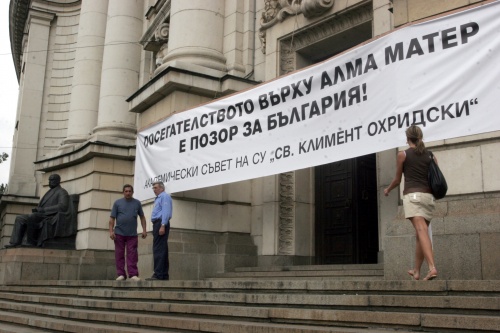 The date for the rally, May 11, was selected because this is the Day of Sts. Cyril and Methodius, fathers of the Slavic literary culture. Photo by Sofia Photo Agency