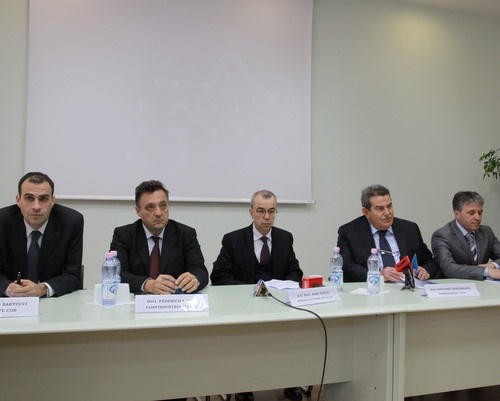 Italian business associations from several Balkan countries have come together to form a union, Confindustria Balcani.

The founding ceremony was held on April 12, Monday, in the Albanian capital Tirana.

The project for the forming of the business association of Italian enterprises in the Balkans has been supported by Confindustria, the Italian employers’ federation founded in 1910.

Representatives of Italian companies working in Kosovo, Montenegro, and Bosnia and Herzegovina were also present at the signing ceremony

During the first three years of its existence, Confindustria Balcani will be managed by the Committee of the Italian Entrepreneurship in Bulgaria (CIIB - acronym in Italian), which is throwing its way behind the new business association in order boost Italian investments in the Balkans, the Committee has announced.

“The project for the founding of Confindustria Balcani is of decisive importance of the Italian companies which are active in the Balkans,” said Massimo Bartocci, President of the CIIB.

“The interest of such an important organization as the Confindustria in the business in the Balkans is a testimony to the importance of the Italian presence in the region, and will help to attract new investments. We believe strongly in the future of this part of Europe, and this is precisely why we are taking steps to boost Italy’s commitment in the Balkans,” Bartocci explained.

Italy’s Confindustria has over 150 000 member companies, which provide employment to over 5 million people with combined revenue of EUR 500 B.