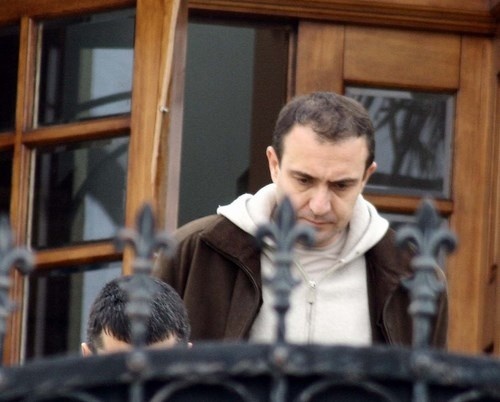 The Interior Ministry reported that the ‘Jellyfish’ operation was targeting economic crimes in the transport and municipal budgets of Varna. Photo by Sofia Photo Agency

The Chair of Varna municipal council, Borislav Gutsanov, has been arrested in a special police operation codenamed ‘Jellyfish’ in Bulgaria’s Black Sea capital.

The Interior Ministry reported that the ‘Jellyfish’ operation was targeting economic crimes in the transport and municipal budgets of Varna.

Gutsanov, a member of the Executive Board of the Bulgarian Socialist Party, was arrested alongside the Director of the Varna municipality ‘autotransport’ department, Pencho Penchev and Yana Krusteva, the department’s Chief Accountant.

Businessman Daniel Slavov aka Dido Dunkata, suspected of organizing contraband cigarette channels in the Varna area, was also taken into custody after being arrested along with his Dutch business partner in his own Hotel 'Capitol'.

Police also raided hotels, Prosecutor’s Offices and administration buildings across Varna early Wednesday. After the raids they headed towards the Bulgarian customs offices according to reports from Varna.

"The operation is aimed against corruption in local government. The detainees have allegedly abused taxpayers’ money, namely for deals to purchase second-hand buses. Information from our European partners has shown that false documents and diverted funds transfers were involved in the purchase process for these buses - part of those funds have gone into accounts of a range of people as ‘charity’" Interior Minister Tsvetan Tsvetanov revealed.

The second-hand buses from France and Germany were purchased from 2003-2007 and are believed to have cost a total of EUR 2 M.

Borislav Gutsanov has been a member of the Executive Board of the National Council of the BSP since November 2009, on which he is responsible for local government and regional policy. He was top of the BSP list during the municipal council elections in 2007 and was soon elected as Chair of the Varna municipality council. During the 2009 general elections Gutsanov was second on the BSP list for the Varna region behind party leader and ex PM Sergey Stanishev.

Daniel Slavov aka Dido Dunkata is allegedly one of the major figures in smuggling in Bulgaria. Officially he deals with the construction and hospitality. Slavov first came to the public’s attention in 2003 after an incident on board the ship "Elena" in which sailor Petar Popov killed two fellow crew members – after a study of the ship it was found that 2 full containers were missing and were believed to be full of contraband cigarettes ordered by Slavov. Since then several investigations have been held into Slavov but no charges have ever been made.