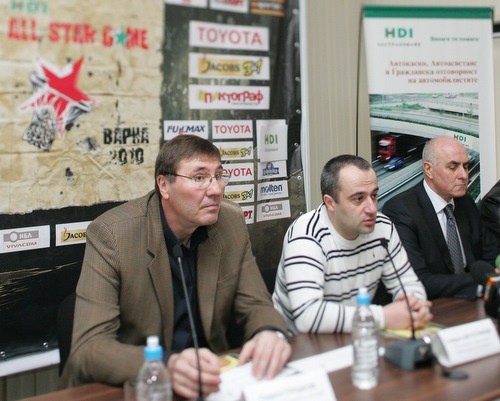 The 160-cm “Muggsy” Bogues, who is the shortest man to ever play in NBA, will be attending the All Star game of the Bulgarian basketball championship scheduled to take place in the Black Sea city of Varna on March 21, 2010, the Bulgarian Basketball Federation announced Friday.

No contract has been signed yet but according to the Federation, Bogues has agreed to come to Bulgaria, and will almost certainly watch the All Star game in Varna.

Bogues is going to give the start of the match by throwing the first ball, and will also be on the jury evaluating the performances in the dunking competition.

Glouchkov is known for being the first Eastern Bloc (and only Bulgarian) to ever play in the NBA when in 1985-1986 he was recruited by the Phoenix Suns. He is currently the Executive Director of the Bulgarian Basketball Federation.