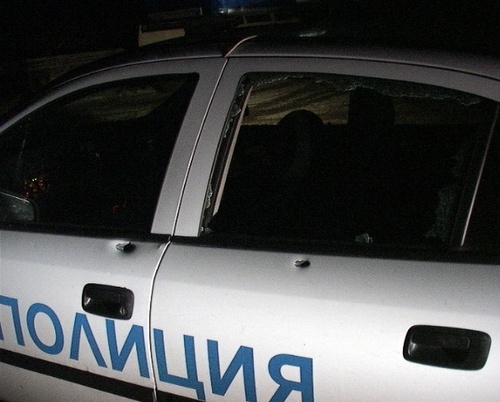 A border policemen has been arrested in connection with the fictitious cross-border escape of one of the infamous 'Crocodile' gang being sought by Bulgarian security forces. Photo by BGNES

A Bulgarian border policeman, Dimitar Ivanov, has been arrested on Monday for allegedly assisting a member of the infamous “Crocodile” gang to make a fictitious getaway across the Bulgarian border.

Bulgarian Interior Minister Tsvetan Tsvetanov has announced the successful arrest on Monday, adding that Ivanov was first detained for only 24 hours, then released, before being re-arrested.

The brothers Evgeni and Emil Milev-Geyzo were being sought by the Bulgarian police for their alleged part in the alleged kidnapping of a Turkish citizen on the Trakia motorway.

After an announcement that he was wanted by the authorities, Geyzo had stated in an interview over the phone to a newspaper that he was in Germany and that this could be verified by documentation at the Bulgarian border.

Then it turned out that he really was abroad, as on Saturday he had been detained at the Kalotina border checkpoint entering Bulgaria. The border police had reported that his passport contained forged stamps.

A warrant for his permanent arrest will probably be made on Tuesday, since to date only partial evidence has been made available to Bulgarian prosecutors. The probable accusation against Milev will be that he crossed the border with false passport stamps.

His brother, Emil Milev, is still being traced. A European order for his arrest cannot yet be issued, because he has not been charged with any offences. Geyzo himself says he does not knows where his brother is.