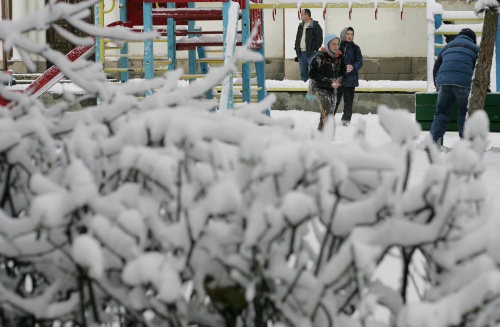 All of Bulgaria saw temperatures of below -10 degrees Celsius Monday morning with Sofia being the coldest at -14 degrees.

According to the National Meteorology and Hydrology Institute of the Bulgarian Academy of Sciences, the temperatures remained around 0 degrees throughout the day.

35 villages and towns were without electricity Monday morning as a result of disruptions caused by the inclement weather.

The Civil Protection Service rescued 86 cars stuck in snow drifts around the country, mostly in the north. The southeastern cities of Burgas, Yambol, and Kardzhali saw minor floods as a result of the rising levels of local rivers.

A warning has been issued over the danger of frozen and slippery roads and potential landslides, especially in the Balkan Mountain passes.

The city of Varna and three northeastern municipalities – Alfatar, Dulovo, and Sitovo – have declared an earlier start of the winter break for the local schools over the bad weather.

The Hemus Highway between Varna and Shumen was closed and so were some less major roads around the country.

All flights at Sofia Airport arrive and leave as scheduled.