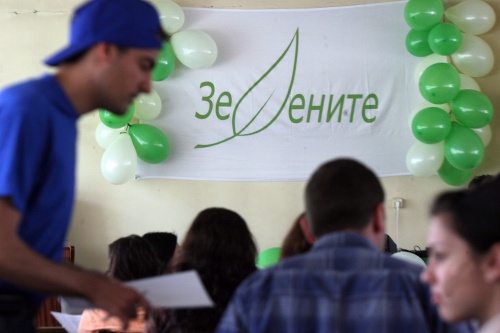 The Bulgaria Greens Party has criticized the Borisov government for committing only EUR 40 000 to the EUR 7 B EU fund to help developing nations adapt to climate change.

The Greens have issued a declaration slamming the government for failing to pay its dues saying that the average Bulgaria would be contributing a lot less than the average EU citizen in the fight against climate change, and that the cabinet was failing to show solidarity with the processes during the ongoing climate change summit in Copenhagen.

“The climate change fund must be supported with the taxes collected from the firms of Hristo Kovachki which combined are among the greatest carbon emitters on the Balkan Peninsula,” the Greens declaration reads referring to the Bulgarian energy tycoon.

The Greens have further suggested that the BGN 100 000 that their party deposited to the state budget in order to be allowed to participate in the 2009 EP and Parliamentary Elections should be directed to increase Bulgaria’s contribution to the EU climate change fund.