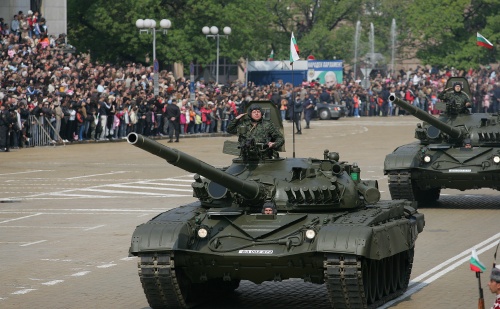 The Bulgarian armed forces are starting to rid themselves of Russian-made arms. Photo by BGNES

The Bulgarian Army is entering a phase in which it will get rid of its Russian-made weaponry, and will gradually replace it with Western arms.

This has been announced by Valeri Ratchev, head of the cabinet of Defense Minister, Nikolay Mladenov, during a conference on security and defense in the Military Academy in Sofia.

Ratchev said the replacement of Russian arms would start from the small detachments such as the Bulgarian contingents who participate in international missions abroad. However, he did not make it clear whether the Defense Ministry was planning to scrap the AK 47 “Kalashnikov” as well.

Ratchev said the Defense Ministry was to focus on the economic efficiency of its military orders.