Bulgaria to Import Vultures from Spain for Rila, Pirin Mountains 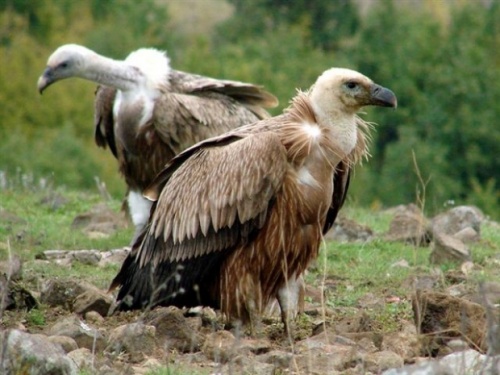 The Griffon Vulture has been a common site in Bulgaria's Rial and Pirin mountains, but disappeared in the 60s over the use of strychnine to exterminate wolfs and other predatory animals. Photo by DarikNews

Bulgaria's Fund for Wild Flora and Fauna is planning to restore the Griffin Vulture population in the Rila and Pirin mountains.

The information was reported Tuesday by Emilian Stoynov, who says the Fund in the southwestern city of Blagoevgrad is working on a project entitled “The Return of the European Condors to Rila and Pirin.”

The Griffin Vulture and 3 other types of European vultures have been a common part of the mountains' wild population, but disappeared in the 60s over the use of strychnine to exterminate wolfs and other predatory animals.

Stoynov says Spain still has a large vulture population and a center for the treatment of injured birds. After the rehabilitation of vultures with broken legs, wings or other trauma, Spain decides if they will let set them to live free in the local mountains or give them to another interested country.

According to Stoynov, the vultures are not only beneficial for the ecological balance, but can be used by the local population for the development of eco-tourism activities. He further proposes the construction of special fenced areas for the disposal of dead domestic animals as food for the birds and a way to save transportation expenses to move them to the incinerators and other designated locations.