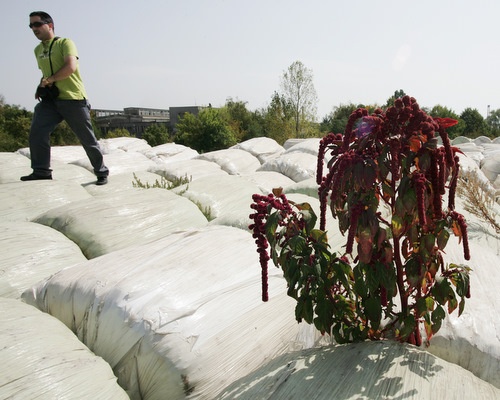 Bulgaria's capital Sofia has been battling garbage problems for years on end. Photo by BGNES

The European Commission will pursue court action against Bulgaria for failing to properly implement EU waste law, the Commission said Friday two years after it launched an infringement procedure on the issue.

The case concerns inadequate waste disposal in the capital Sofia, which should have had an adequate network of waste disposal installations in place by the time of its accession on 1 January 2007 but a solution remains some years away, the Commission said.

This is the first trial launched by the European Commission against the EU newcomer.

As Bulgaria failed to address the European executive's concerns, the matter has now be referred to the European Court of Justice, the highest judiciary authority in the bloc, which the country joined in January, 2007.

The trial against Bulgaria in the European Court of Justice is expected to last at least two years. It will be suspended provided that the country manages to deal with the shortcomings.

Asked to comment, Prime Minister and former Sofia mayor Boyko Borisov threw the blame on former Socialist head of government Sergey Stanishev, saying he deliberately sabotaged his attempts to deal with the garbage problems in the capital.

“You know that the infringement procedure was launched long time ago, but Stanishev sabotaged everything that had to do it with Sofia garbage,” Borisov commented.

Borisov has also conferred with the President of the EU Commission, Jose Manuel Barroso.

“I personally talked to Jose Manuel Barroso and informed him of the steps the country takes in dealing with this problem. The municipality is transporting baled waste to other towns and the garbage processing plant is already under construction,” he said.

The towns of Plovdiv, Harmanli and Lovech have agreed to transport hundreds of thousands of tons of garbage collected from the capital to their waste depots in a bid to rescue the capital from its garbage woes.

Bulgaria may have to pay a daily fine of EUR 50 000 if it fails to find a legal depot for the baled garbage of the capital, Deputy Environment Minster Evdokiya Maneva warned in September.