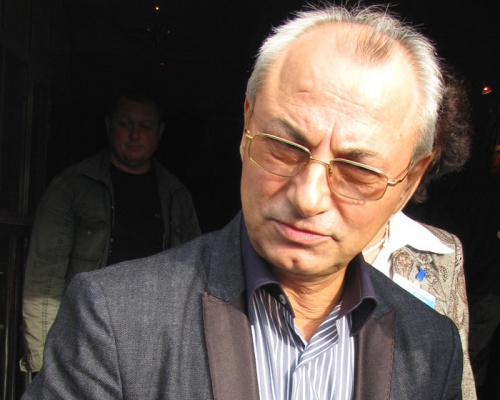 Ahmed Dogan, leader of the Movement for rights and freedoms party (DPS), reacted robustly to the move to strip 2 of his MPs' parliamentary immunity. Photo by BGNES

Ahmed Dogan, leader of the Movement for Rights and Freedoms party (DPS), has reacted robustly to the case of Gyunay Sefer and Mithat Tabakov, who face loss of their parliamentary immunity.

Prosecutors had earlier called for the Silistra MPs Sefer and Tabakov to be stripped of immunity, as part of an ongoing corruption investigation. Both have indicated their readiness to comply with the demand.

Speaking in the northeast Bulgarian town of Silistra, Dogan branded the move as part of a deliberate and orchestrated attempt to criminalize the DPS as a political party.

"I am calm because I know what this is about. It is evident that the production of scandals is one of the ways to distract public opinion from existing problems related to the governing of the country", said Dogan.

He challenged the audience to "scan the problem as a scandal and later you will be convinced that the rabbit that the governing ones expect will not pop out of there."

The DPS leader compared the present situation with the scandal of the "notorious barbecue", a reference to the summer scandal when Boyko Borisov ordered a check on the legitimacy of Sofia properties owned by Dogan.

According to Bulgarian MEP Filiz Hyusmenova, who is also a member of DPS, today's case and other recent and similar ones connected with the name of DPS, have a negative effect on the image of Bulgaria in Europe.

"What is more, this happens at the very the moment we are trying to win more trust and projects", she said.