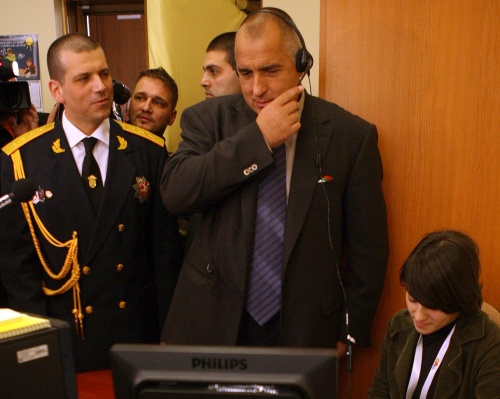 Bulgaria's PM Borisov has accused his predecessor Stanishev of lying publicly about a state charity donation. Photo by BGNES

Bulgaria's former government of PM Sergey Stanishev not only failed to give a charity donation that it promised to the Nova TV but it even did not included those funds in the state budget.

This was revealed Saturday by Bulgaria’s Prime Minister, Boyko Borisov, during his participation in a Nova TV talk show.

“I got a letter from your boss Silva Zurleva that Nova TV hasn’t received the charity donation promised by Stanishev and former Foreign Minister Ivaylo Kalfin during their participation in the charity edition of “Who Wants to Be a Millionaire. They even did not envisage that sum in the state budget!” Borisov told the talk show hosts.

During their appearance on Nova TV shortly before the general elections in July, Stanishev and Kalfin announced that former Finance Minister Plamen Oresharski had given his permission for transferring BGN 434 430 from the government to the Nova TV initiative as a donation. The sum equals the VAT that the state got from the 2 172 152 phones calls and SMS Text Messages during the charity reality show VIP Brother 2.

Borisov used this as an example in order to explain why he has been complaining so much of the former government. However, he did not specify if his administration was going to find the BGN 435 000 in order to keep the promise of his predecessor for the Nova TV charity initiative.

Borisov, whose government turned 100 days on November 3, 2009, said he was convinced there would be punishments for the abuses of the former government.

He rejected once again the claims of Stanishev that there was a special political circle known as the “tom cats” around Borisov, and repeated his earlier statements that he had no friends since becoming Prime Minister because the moment an acquaintance of his approached him outside of work, they would become the target of insinuations. Borisov did say, however, that he had started to feel increasingly lonely.