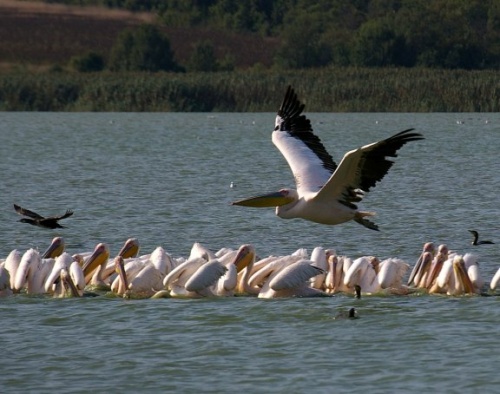 The Executive Director at the Bulgarian Society for the Protection of Birds (BSPB), Nada Tosheva, has stated Tuesday that the Bulgaria government should reconsider the construction of wind farms on the Black Sea coast.

Tosheva, speaking in an exclusive interview for Novinite.com, said that Bulgaria’s new government should reconsider some of the decisions taken after January 2007 regarding approved projects in SPA (e.g. some of the most damaging projects of wind-farms in Kaliakra and Sakar SPAs, the summer resorts in Kamchiya, etc.).”

Tosheva also talked about the recent EU warning regarding failing to protect the country’s protected areas; “This is the second warning dealing with the inadequate protection of Natura 2000 Special Protected Areas in Bulgaria. The first one was sent on the 27th of Nov 2008.”

Tosheva concluded by adding that there was another worrying trend building up in Bulgaria; “the killing of wintering birds mainly buzzards. In 2007 a BSPB team found more than 20 buzzards killed by hunters only in a radius of 2 km. We can not imagine the dimensions of the illegal killing of song birds.”