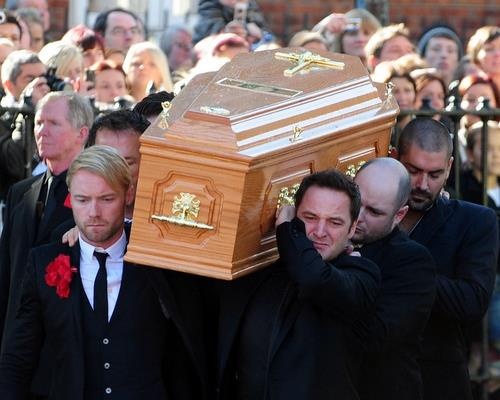 The Bulgarian student Georgi Dochev, who found Boyzone singer Stephen Gately dead earlier this month, is said to have known the star and his civil partner Andrew Cowles for years.

Talking to Darik Radio, Dochev denied British media reports that he was introduced to the pair for the first time at a gay night club in Majorca shortly before Gately died.

Dochev also claimed that he didn't attend Gately's funeral, held in Dublin on Saturday, because he feared this may not be interpreted properly.

The young Bulgarian said he is trying to come to grips with the shock at a resort outside Spain, together with his friend.

Meanwhile British tabloids continue to insist that Dochev, whose account was central to the inquest into 33-year-old Gatley's death, has fled to the mountains.

"Georgi apparently departed after refusing to discuss what had happened the night before Gately died. Although he admitted it had not been 'a normal night', he insisted that he 'did not get intimate with him [Gatley]," according to The Sun.

“What happened is what happened. We know the autopsy results. He died a natural death," said Dochev.

"We were just partying but I can't really tell you why I went back to their house. I don't think this is a normal story," Dochev reportedly said.

The 33-year-old Stephen Gately was found dead on the sofa of his apartment in Port Andratx on September 11 following a night out with his partner Andrew Cowles.

A court official on the island of Majorca said the singer suffered a pulmonary oedema, an accumulation of fluid on the lungs.

Officials dismissed speculation that Gately choked on his own vomit, and said drugs and alcohol were not involved in his death.

Officials have said that the investigation into the death will continue as a formality with Cowles and one other person declared as official witnesses.

The second witness is thought to be Bulgarian Georgi Dochev.