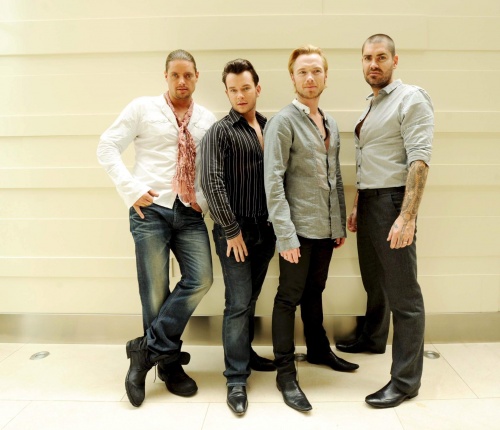 THE gay Bulgarian who found Stephen Gately dead could rake in more than £150,000 for his story of their “intimate” last night together.

Student Georgi Dochev, 25, claimed in his police interview that he romped with the Boyzone star, 33, and his partner Andy Cowles just hours before Gately died.

He is now negotiating a six-figure sum with a downmarket newspaper and a Spanish TV station.

The news has seen Stephen’s distraught family snatch back their offer for Georgi to attend the Irish star’s funeral today. A family friend said: “Stephen’s relatives are so angry this man would try to cash in on Stephen’s death.

“Georgi is desperate to go to the funeral but when the family found out about his underhand dealings they took back the offer. They want nothing to do with his attempts to tarnish Stephen’s name.”

But Dochev insisted: “What happened that night is what happened. We know the autopsy results. He died a natural death.”

He claimed he had been “nervous and stressed” since the tragedy and claimed: “I’m really scared of falling asleep now in case I don’t wake up.”

During police questioning, Dochev claimed Stephen had smoked a “marijuana cigarette” as the trio romped at Stephen’s plush flat in Puerto Andratx, Mallorca.

He said he was picked up by the singer and his partner at the Black Cat gay nightclub in nearby Palma.

He did not recognise Stephen and did not even know the couple’s names before their sex tryst.

But entrepeneur Andy, 32, is adamant that Georgi is a friend who was staying at their house in the spare room on the tragic night.

And last night the Gately family solicitor Gerald Kean said they were “standing by” Andy’s version of events.

He added: “The family have said everything they want to say. They have turned their minds toward the funeral.

“The autopsy of Stephen showed no suspicious circumstances.

“Drugs or alcohol were not a factor. We are all very grateful to Spanish authorities for their help.

“The post-mortem vindicated exactly what the family had known all along, that Stephen died as a result of natural causes.”