1,5% of Bulgaria Foreign Tourist Revenue Is from Alternative Tourism 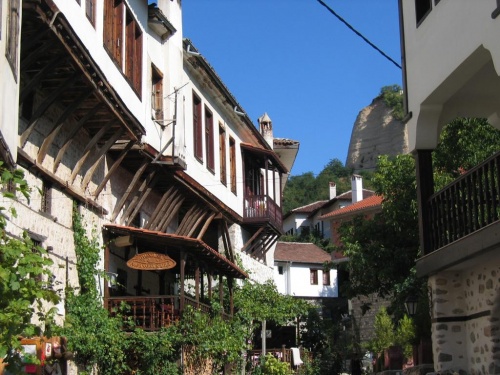 About 15-20 000 foreigners will visit Bulgaria in 2009 for its alternative tourism services. Photo by baatbg.org

About 1,5% of Bulgaria's total revenue from foreign tourists in 2009 will come alternative tourism services.

This has been announced by the Chair of the Bulgarian Association for Alternative Tourism, Lubomir Popiordanov, in an interview for Novinite.com (Sofia News Agency).

This means that the total amount of money Bulgaria will make from foreign consumers of alternative tourism services would be about EUR 12,5-13 M.

According to Popiordanov, about 15 000-20 000 foreigners will come to Bulgaria in 2009 in order to take advantage of the alternative tourism offers in the country. He did not specify what percentage this was of the total number of foreign tourists in Bulgaria, because in his words, the statistics of the State Tourism Agency about the total number was flawed.

Popiordanov believes that the incorporation of the State Tourism Agency into the Economy and Energy Ministry initiated by the new Bulgarian government was not going create issues; it might actually be of help because in this way the tourist sector would be represented by an institution of the first order.