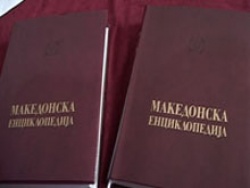 Bulgarian Embassy in Skopje has issued a statement, saying that the content of Macedonian Encyclopedia is not a result of scientific analyses and its single purpose is to collect political dividends.

The approach in the Macedonian Encyclopedia is in collision with the European ways and gives no contribution to strengthening of the neighborly relations and curbing down of the "hatred speech", the statement further adds

Immediately after its publishing, Macedonian Encyclopedia raised numerous reactions. The parties of ethnic Albanians living in Macedonia were the first to slam certain contents of the publication, and reactions of Great Britain and US followed shortly after, the independent news agency Makfax said.