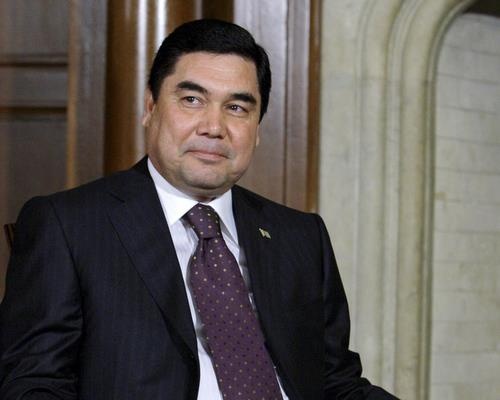 After a brief stay in Sofia, Berdymukhamedov is expected to visit Ankara for talks with Turkish President Abdullah Gul. Photo by BGNES

Turkmenistan President Gurbanguly Berdimuhamedov is expected to lobby for a role in the Nabucco pipeline for Europe during his official visit to Sofia, which starts on Thursday.

Berdymukhamedov's visit will reportedly focus on energy cooperation issues, but no official documents will be signed in its framework.

Turkmenistan sits on some of the largest natural gas deposits in the world. Berdimuhamedov is expected to search for ways for his country to join Nabucco during his regional tour.

Nabucco would run from the Caspian region through Turkey to Austria along a route through Bulgaria, Romania and Hungary.

Europe hopes to diversify an energy sector dependent on Russian gas. More than 80 percent of all Russian gas bound for European customers travels through Soviet-era pipelines in Ukraine.

Financial obstacles and a lack of firm supply commitments, however, drag on the development of the project.

Turkmenistan is seen as a possible gas supplier for the Nabucco pipeline but it has to also balance relations with its neighbor Russia who are not supporters of Nabucco.

Bulgarian President, Georgi Parvanov, one of the pipeline's most vocal supporters, visited the Turkmenistan capital Ashgabat last December, seeking a Turkmen commitment to become an energy supplier for the pipeline.

After a brief stay in Sofia, Berdymukhamedov is expected to visit Ankara for talks with Turkish President Abdullah Gul.

The five countries, Turkey, Romania, Bulgaria, Hungary and Austria, have been working on the Nabucco project with the European Commission for seven years now.

Iran, Iraq, Kazakhstan, Turkmenistan and Egypt are all considered potential suppliers to Nabucco in the longer term.