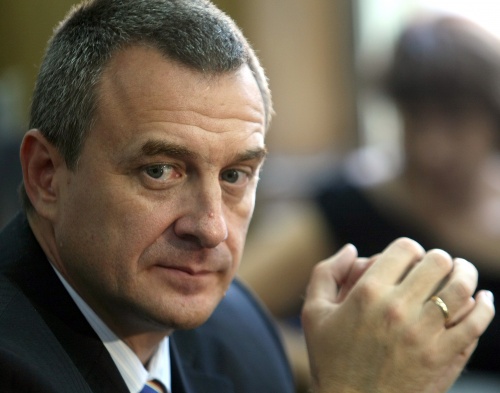 Tsvetlin Yovchev, head of DANS; several top Bulgarian intelligence officers are reported to have resigned over disagreements with him. Photo by BGNES

The head of "Terror" Directorate, Nikolay Zlatkov, and the head of "Migration" Directorate Hristo Hristov are the ones resigning, according to information cited by the BGNES agency.

Both of these directorates are part of Main Directorate "Counter-Intelligence", whose head Rashko Zayakov resigned on Thursday.

Zayakov has said that each of his resigning colleagues had over 20 years of experience in the national security sector, and that he believed their respective sectors would suffer as he saw no one better to replace them.

Zayakov, who has worked at the national security sphere since 1993, said Thursday he resigned because he had some disagreements with the new Director of DANS, Tsvetlin Yovchev, with whom the GERB government replaced Petko Sertov at the beginning of August.

On Thursday, Yovchev said that DANS, the Interior Ministry, and the Chief Prosecutor's Office were conducting consultations to differentiate between their functions in order to avoid overlapping.

DANS is expected to focus on dealing with counter-intelligence and fighting international terrorism.