Lockerbie Bomber Set to Be Released from UK Jail 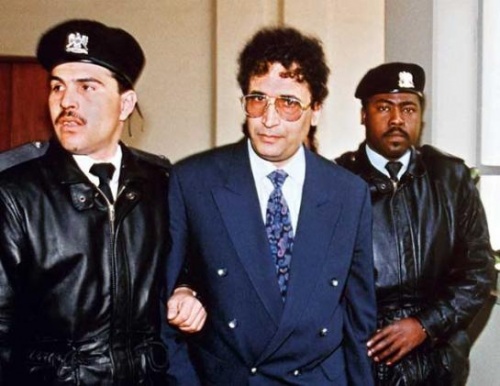 Abdelbaset Ali al-Megrahi, who has terminal prostate cancer, is serving life for murdering 270 people when Pan Am flight 103 exploded in 1988. Photo by independent.co.uk

The Libyan man convicted of the Lockerbie bombing is likely to be freed on compassionate grounds next week.

Abdelbaset Ali al-Megrahi, who has terminal prostate cancer, is serving life for murdering 270 people when Pan Am flight 103 exploded in 1988.

Kathleen Flynn, whose son died on the plane, told the BBC she was horrified the "terrorist" could be released.

It is believed UK and Libyan officials have held talks this week over Megrahi's appeal against his conviction.

The speed of his transfer is thought to be influenced by consensus among all parties that Megrahi be back on Libyan soil in time for Ramadan next week.

News of his release came after Scottish justice secretary Kenny MacAskill visited Megrahi in prison, amid speculation he might be moved to Libya.

A prisoner transfer request was made by Libya to the UK government last May, less than a week after a treaty allowing prisoners to be transferred between the two countries was ratified.

No transfer can take place if criminal proceedings are active, meaning Megrahi would have to drop his latest appeal against his conviction in order to be sent home.

He was ordered to remain in prison for a minimum of 27 years, having been found guilty of the bombing, which is still the UK's worst terrorist atrocity.