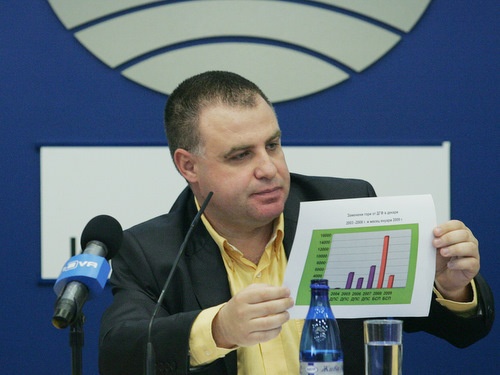 "The situation that I have discovered after I took over the Ministry of Agriculture is extremely unpleasant and difficult. From my hard talks with the European Anti-Fraud Office OLAF and the Agriculture Directorate-General of the European Commission, I learned that the previous leadership of the Bulgarian agriculture institutions had had a very poor communication with them", Naydenov told the Bulgarian National Radio on Sunday.

Yet, Naydenov said he had been met with understanding from the EU institutions, and that his team had received a "credit of trust that we hope to be able to justify".

"I personally know whose fault the present situation is - it is the fault of the people in charge of the State Agriculture Fund and the SAPARD Executive Agency who have been neglecting the messages of the EU institutions, and have thus endangered the funds destined for conscientious Bulgarian beneficiaries", the new Minister said.

He also declared that the leadership of the State Agriculture Fund had been hiding from him the truth about many of the projects, and that he had to gather information in other ways.

Naydenov made it clear that he was going to remove the top officials of the State Agriculture Fund.

His teams has reached an agreement with the European Commission and the Office of the Chief Prosecutor for a new inspection of the firms blacklisted by the EC as firms that have abused EU funds.

Naydenov also confirmed that serious violations had been discovered at the State Forestry Agency, and that those were going to have consequences.

"I can guarantee right now that there will be no political cover-ups. From my talks with the State National Security Agency DANS and the Prosecutor's Office, I learned that certain land swap deals had enjoyed political cover-ups", Naydenov declared.

He also said the previous team of the Ministry and the National Veterinary Service had committed violations with public procurement procedures which has left the Bulgarian farmers without a unified identification system for their domestic animals yet.