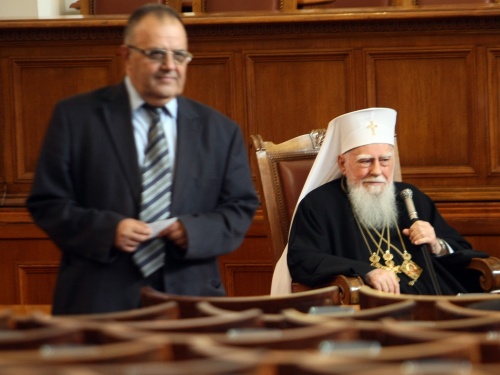 In an article dedicated to Dimitrov, the Vreme Daily reminds that Dimitrov, a historian, has offered Macedonian historians a reward of EUR 1 M for any original medieval document proving the existence of a Macedonian state and nation.

"Historical facts tell us that the Macedonian nation was artificially created by the communists in 1944. There is no way it could be traced back to Alexander the Great as the Macedonian historians claim. I cannot forbid anyone in Macedonia to feel Macedonian because this is a right of personal choice but the history tells us something else", Dimitrov is quoted as saying.

The paper points out that one of Dimitrov's priorities as the Minister in charge of the Bulgarians abroad in the government of Boyko Borisov will be taking care of the Bulgarians in Macedonia through the printing of books and newspapers, and providing scholarships for Macedonian students.

The article also reminds that Dimitrov was a former secret agent of the State Security service of the Bulgarian communist regime, and the author of the book "The Ten Lies of Macedonianism".

It stressed that he viewed today's Macedonia as free and independent country but with an ethnically Bulgarian majority of the population. Dimitrov believes there was nothing wrong with the fact that every nation in the Balkans had two states.