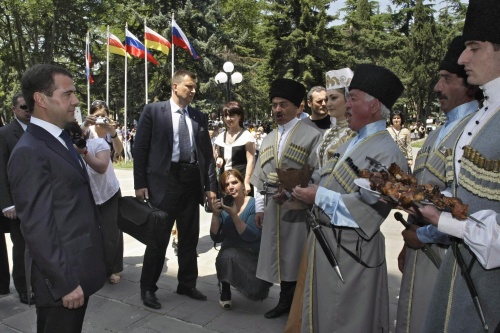 The EU has denounced Monday's visit of Russian President Dmitry Medvedev to the Georgian separatist Republic of South Ossetia.

The Swedish Presidency has announced EU's position that Medvedev's visit to South Ossetia without the official permission of the Georgian government in Tbilisi was "incompatible" with the territorial integrity of Georgia, as quoted by BGNES.

The Swedish EU Presidency has expressed the Union's concern over the effect that Medvedev's visit to South Ossetia might have on the international efforts to stabilize the region.

On Monday Medvedev visited South Ossetia's capital, Tskhinvali, and hailed the region as "a new country."

The breakaway Georgian Republic of South Ossetia has been recognized only by Russia and Nicaragua.