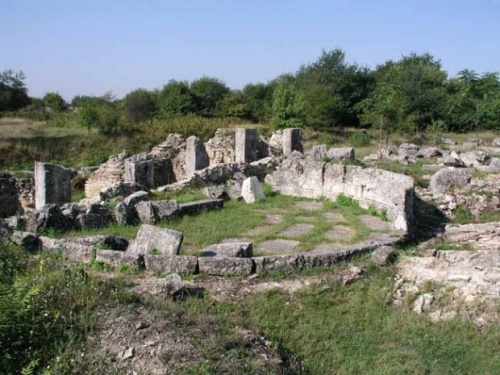 Nikopolis ad Istrum was founded in 102 AD by the Roman Emperor Trajan. Photo by Darik News

The excavations are a joint undertaking of the Veliko Tarnovo University and the Regional History Museum in Veliko Tarnovo, and are funded by the EU Social Fund through the Ministry of Education with a project for practical student work in a real environment.

30 archaeology students will participate in the work at Nikopolis ad Istrum together with their professors for over a month.

The researchers plan to uncover the architectural remains from the time of the founding of Nikopolis ad Istrum - the beginning of 2nd century AD, during the reigns of Emperor Trajan (98-117) and Hadrian (118-136), including several public buildings located at the forum of the city.

Nikopolis ad Istrum was founded in 102 AD by Emperor Trajan as part of the celebrations of his victory over the Dacians. It is located some 18 km northeast of the city of Veliko Tarnovo.