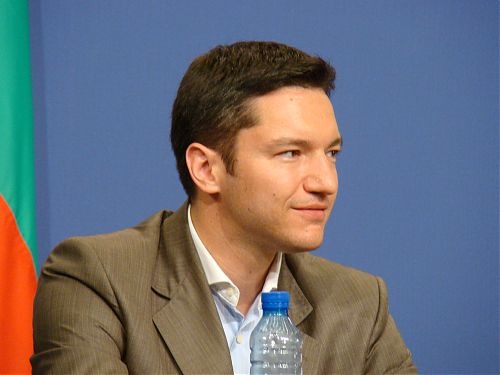 Interview with Kristian Vigenin, Member of the European Parliament from the Bulgarian Socialist Party, and International Secretary of the National Council of the BSP.

What are the major lessons for the Bulgarian Socialist Party from the European Parliament elections where the BSP got under 19% (or fewer than 500 000 votes), keeping in mind it is completing its four-term in power?

Serious analyses will be made after the Parliamentary Elections on Sunday. The results from the European Elections are not satisfactory for us but at the same time they show that the BSP stands stable, the distance of the leading opposition party GERB was brought down to 5%, and the governing coalition parties (BSP, DPS, NMSP - editor's note) achieved a greater result than the opposition parties.

The participation in the European Elections is a serious challenge for every single ruling party in Europe, and practice shows that it only ends in with success in individual cases. I would point out the relatively high voter turnout in Bulgaria - one of the highest among the new EU member states, and about 10% higher than in 2007. This is an encouraging sign showing that Bulgarians realize the importance of the European Parliament.

Do you think that growth in the number of people who voted for GERB has resulted from a vote against the BSP rather than from a vote "in favor" of GERB?

We can hardly talk about a growth in the number of GERB voters. To the contrary - GERB achieved a much lower result than what was expected. The comparison with the local elections in Sofia in 2007 is extremely striking - Boyko Borisov (GERB's leader - editor's note) has not managed to prove to be a skilled statesman, and the same goes for many of the GERB district mayors in Sofia.

That is why the Bulgarian citizens did not see GERB as a real alternative to the present government, and decided to seek representation by small parties like Blue Coalition epitomized by Kostov (Bulgaria's former PM and DSB leader Ivan Kostov - editor's note), the LIDER party, the Order, Law, Justice (RZS) party.

All in all, GERB is just another example of the tradition in which the right-wing forces in Bulgaria do not identify themselves with positive ideas and suggestions, but by differentiating from the BSP along the "communism-anticommunism" axis - an approach for which it is harder and harder to work.

In 2005, the BSP formed a coalition with the National Movement for Stability and Prosperity and Movement for Rights and Freedoms (DPS), and has realized a four-year government mandate together with these parties. Has the BSP suffered or benefited as a result of this three-way coalition?

As a party, the BSP lost a number of supporters in the last four years. However, Bulgaria and its citizens benefited from that arrangement - despite the complex three-way coalition, the BSP more than fulfilled its campaign promises, and the government practically proved to be a government of European integration, economic growth, and social responsibility. For us, it is also important that for the first time after 1989, the BSP completed a full term in power.

Is the BSP doomed to a coalition with the DPS if it wants to be in power again after the Parliamentary Elections? Or, paraphrasing the question, after the break-up of the NMSP and its losing much popular support is the DPS the only potential partner for the BSP?

It is early to comment on the potential coalition partners because the election results might turn out to be surprising and to make all predictions pointless. I would say that the BSP has two options to continue what it has already started - a new three-way coalition with the DPS and the NMSP, or a wide coalition with GERB which will leave the DPS out of power.

Both of these options have huge risks for us but the most important task is to create an efficient government with sufficient parliamentary support so that it could deal with the effects of the economic crisis.

In case of a stalemate after the elections, under what conditions would the BSP agree to be in power together with GERB?

The BSP is not a party that would seek participation in the government at any price. To the contrary, we would be fine to remain in opposition if the elections show an explicit victory for another party.

My opinion is that a coalition with GERB is possible only if the BSP is the first political force after the elections, and has appoints the Prime Minister.

If the creating of a government after the elections turns out to be an impossible task, then a experts' government could also be considered - supported by the BSP as well - which could implement the measures necessary to fight the crisis, and to prepare new elections next year. Because new elections this fall would have dramatic consequences for the economy and finances of the state that could then lead to a social collapse.

The reassurance by the government and Prime Minister Stanishev that Bulgaria needed no foreign bailout loans recently started to contrast with warnings by the European Commission, and the World Bank regarding the Bulgarian economy. Is it possible that after the end of the term of the present government it turns out that the situation is much worse, and that Bulgaria needs foreign loans?

The constant talking about a coming crisis seems to me more like an insurance of an inexperienced and not that competent an opposition - just in case that it has to take over the government of the country.

The actual data show an unfavorable situation but not a worrying situation that requires foreign loans - the country's reserves are sufficient to guarantee the financial stability.

There are all the prerequisites to complete the fiscal year without a deficit even though at the price of serious saving measures. Compared to a number of European states - especially those in Central and Eastern Europe - Bulgaria looks like an island of stability and it is irresponsible to destroy this stability with unmeasured rhetoric.

How would you evaluate the anti-crisis program of the BSP and the Stanishev Cabinet as far as its application and results are concerned? How does it differ from what the major opponents of the BSP have to offer?

The cabinet's anti-crisis program is being implemented successfully, a number of plants are using its funds in order to preserve jobs, to get loans for investments; measures for improving the business conditions are being improved, the procedures for applying for EU funding are being simplified, the opportunities for qualification and additional qualification of the unemployed are increasing.

No other political party has presented such a plan so there is no way that we can talk about comparisons. Apparently, our plan is working since our unemployment continues to be below the EU average.

As the crisis led to a collapse of the foreign investments in real estate that practically fueled the Bulgarian economy, what economic sector (or sectors) does the BSP intend to focus on if it gets to be in power again?

We need to point out that the crisis in the construction and real estate investments hardly has the scope that was predicted last year. At the same time, there was a slight decrease of foreign investments which showed that the Bulgarian economy continues to be attractive to investors.

Our goal is to create prerequisites for increasing the competitiveness of Bulgarian plants, for investments in modern and environment-friendly technologies that would give us a great start for the time when the global economy starts taking off again.

The EU Elections showed a serious defeat for the left parties all across the EU. Does that mean an EU-wide crisis of the left ideas and left governance model? Where does Bulgaria stand relative to this trend?

Talking about a serious defeat of the leftist forces would not be exact; rather, the expectations that the European left would emerge stronger because of the crisis failed to materialize.

If we look at the balance between the two main groups in the EP, we'll find that it has been preserved; the European People's Party had almost 290 MEPs, now it has 265; the European Socialists had 215, now they have 185. Our main losses come from two EU countries - France and the UK, and the causes of that could be sought at the national rather than at the EU level.

However, it is a fact that both the European and the Bulgarian left would have to hold a serious debate over their present conditions and their perspectives because our aim is to make the EU more socially oriented, more beneficial for the people, and this would not happen if we don't win over people's trust again, and don't form majorities in the EP and the national parliaments.