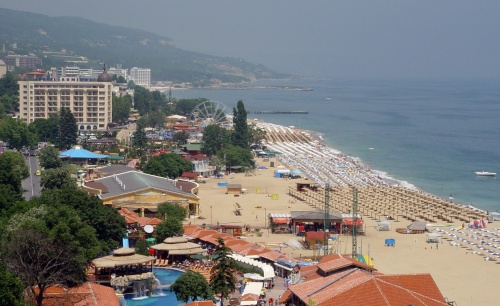 Many hotels on the Bulgarian Black Sea coast face power interruptions in the midst of the summer season over unpaid electric bills. Photo by Sofia Photo Agency

Bulgaria's electric company Р•.ON is threatening to cut the power supply to a large number of hotels on Bulgaria's Black Sea coast.

The power supply will be cut over BGN 40 M of overdue electric bills from hotel owners and other businesses as well as households.

The E.ON management believes the global financial crisis is the culprit that has triggered their problems with collecting electric bills' amounts. Most of the overdue BGN 40 M are from E.ON business customers, who also have uncollected money from their own clients and have fallen behind on bills.

E.ON says they are doing everything possible to help indebted customers, adding that in case the overdue amounts remain unpaid they would have no choice but to halt power supply to many hotels in the midst of the summer season.