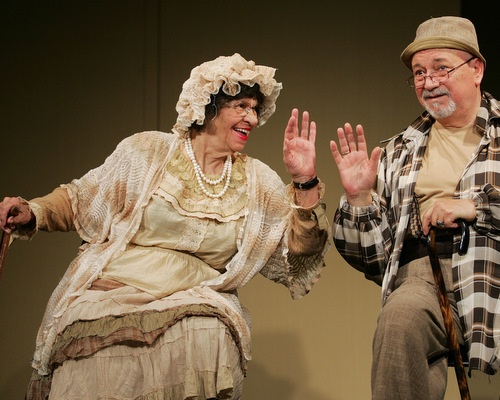 Renown Bulgarian actress Mutafova (left) together with Iliya Dobrev (right) during a rehearsal of "The Chairs" play in what will be her last role. Photo by BGNES

Perhaps the most popular Bulgarian theater actress, Stoyanka Mutafova, is bracing for her retirement at the age of 87.

On Monday, June 1, 2009, Mutafova is presenting her last role in theater after more than 50 years on stage.

Together with actor Iliya Dobrev, Mutafova is starring in "The Chairs" play by French-Romanian playwright Eugene Ionescu at the Satirical Theater "Aleko Konstantinov" in Sofia.

Mutafova has recently approached the directors of the Satirical Theater with a suggestion that "The Chairs" be performed with the awareness that this is the last play she wants to star in, and will retire after that.