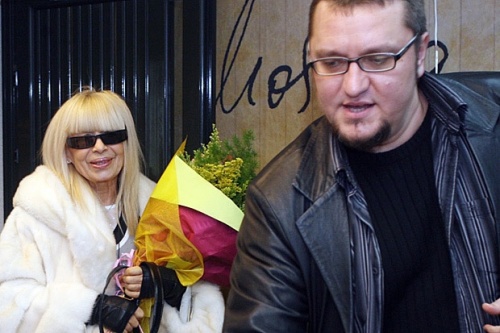 The book is actually an autobiography because it is based on the singer's own memoirs and is edited by well-known Bulgarian journalist, Martin Karbovski.

The book, titled "The Truth" is published by the "Ciela" company, in the record for Bulgaria circulation of 100 000 copies, 1 000 of them signed by Lili Ivanova, and also available in various bookstores.

"The Truth" comes on the market just three days after the pop star's birthday, according to official information her 70th.

Ivanova said that the day of the book's release has not been selected randomly - as with most of the events in her life, she had consulted her astrologist.

Karbovski, on his part, said that the idea for the book was born during a dinner to which he invited the singer to apologize for not being able to attend her concert.

During an entire month the journalist recorded Ivanova's memoirs for three to four hour a day while a team of four people turned them into 900 pages of text.

In a Monday interview, Karbovski told Darik radio that he had given the pop star the text for review and then returned to her the parts she has taken out, thus denying allegations he would later publish them in a separate book.

The book talks about Ivanova's childhood, teenage years, the loss of her child, her success and her failures and her dedication to her performances.